No one will stand all day when they have the opportunity to sit. This is because the body works harder when standing than when sitting. However, work production studies indicate that workers are more efficient when they stand to work. So how do you decide between the two? Consider these general guidelines.

When Standing is preferred:

When Sitting is preferred: 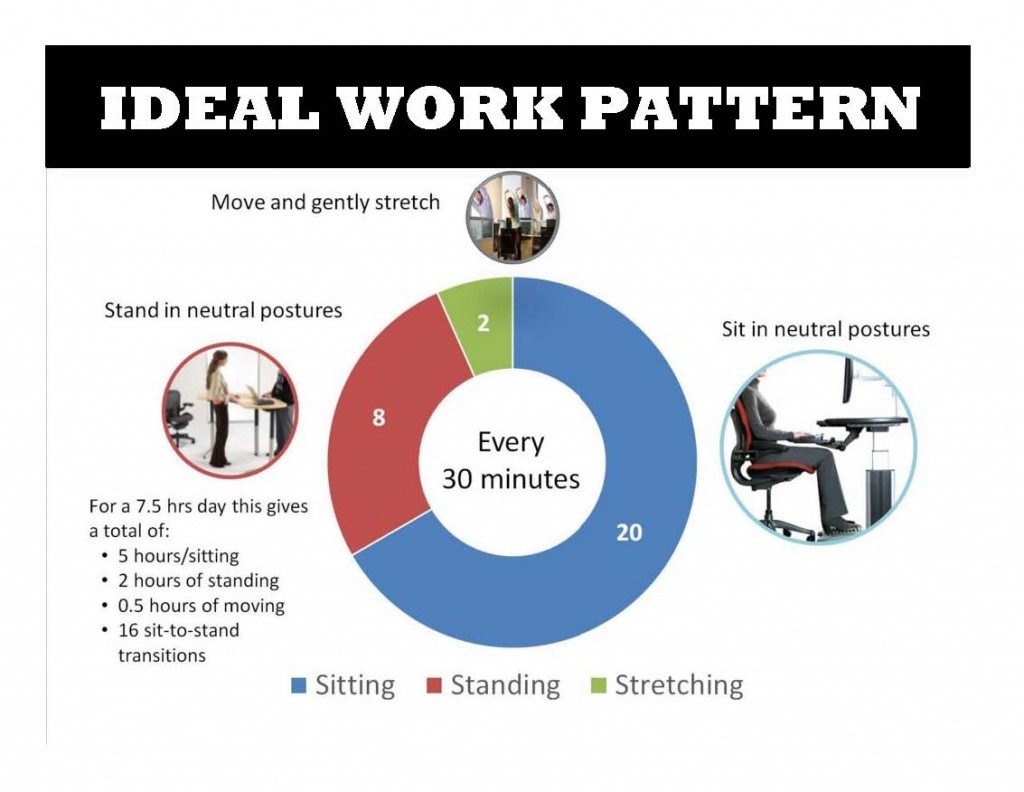 However, prolonged sitting has been associated with a high incidence of back complaints (Mandal, 1981), increased spinal muscular activity and intradiscal pressure (Grandjean and Hunting, 1977; Lindh, 1989). Other problems reported include discomfort in the lower extremities (Westgaard and Winkel, 1996) and increased muscle loading of the neck and shoulder muscles when sitting with the forearms unsupported as compared to standing with the forearms unsupported (Aaras et al., 1997; Lannersten and Harms-Ringdahl, 1990).

To summarize the literature, neither static standing nor sitting is recommended. Each position has its advantages and disadvantages. Research indicates that constrained sitting or constrained standing are risk factors and that alternating work postures may be preferable. Alternation between two postures allows for increased rest intervals of specific body parts, and reduced potential for risk factors commonly associated with MSD development.

Ideally, provide workers with a workstation and job tasks that allow frequent changes of working posture, including sitting, standing, and walking. If either sitting or standing is feasible but only one possible, sitting in a properly designed chair is preferable.

Sitting is the Smoking of Our Generation

The Secret Life of Scientists & Engineers: “I Came Alive as a Person”

Why schools are adding standing desks to the classroom

Need to report an unsafe condition or incident?

Phone: 336.758.EHAS (3427)
Email: wfuehs@nullwfu.edu
Office Location: The EHS building is in the Facilities Compound on Wingate Road. It is the last building on the left up from Fleet Services, next door to Landscaping.